One size with a circumference of approximately 7.7″ (19 cm) (without gusset). Fits a medium woman’s hand. You can adjust the size of the mitten with needle size or yarn weight. For bigger mittens take bigger needles and/or thicker yarn and vice versa.

The mitten comes with a gusset so they can be close-fitting.

Yarn used in the sample

You can replace it with any DK weight wool yarn. I recommend rough non-superwash yarn. Good options are for instance:

Please note that the yardage may vary if your gauge differs.

There are separate charts for the left and right hand. The difference between them is in the placement of the thumb gusset.

With bigger needles and CC CO 10 sts (5 sts per needle). Sample uses Turkish cast-on method. Work the first row of colorwork Chart A beginning from lower right corner. If your MC is darker than CC you might find it easier to read the second version of the chart with reversed colors (only available on the pdf-pattern).

You can find the charts below.

Increases begin on round 2 and they are marked on the chart. Written instructions below:

The increases are repeated every round a total of 10 times. You should have now a total of 50 sts. Remember to check the size of your mitten. Continue working according to the colorwork Chart A until you have worked row 34.

How to cast-on the thumb stitches

For the provisional cast-on method you need a piece of scrap yarn and a crochet hook. When you start to work the thumb you’ll unravel the scrap yarn and have live stitches. The beginning of the thumb will be seamless. See a video tutorial here.

You can place a lifeline for the gusset sts at this point. It makes it easier to unravel the cast-on later.

Now you can divide the cast-on sts evenly onto the two needles in order to make it easier to work them.

The decreases are marked on the chart as well. Written instructions below:

Repeat decrease round 17 more times. A total of 50 sts.

You can remove the gusset marker and proceed to make the cuff. 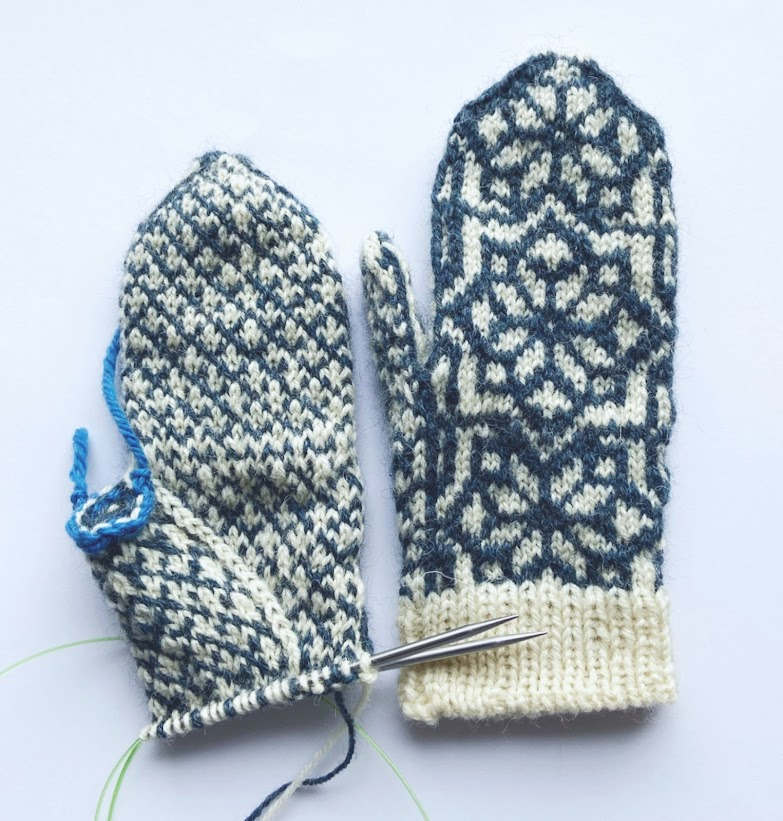 The decreases are marked on the chart as well. Written instructions below:

Repeat decrease round 17 more times. A total of 50 sts.

You can remove the gusset marker and proceed to make the cuff.

Undo the provisional cast on, placing the 18 Stitches onto two needles.

With bigger needles work row 2 of colorwork Chart B. From the body of the mittens pick up and knit 2 sts (sts 19 & 20 on the chart).

Join for knitting in the round. Work the thumb according to Chart B. Decreases begin on round 14. Repeat decreases every round until 8 sts remain. Break the yarns. Thread through a tapestry needle and draw through the remaining stitches. Pull tight, through to the wrong side, and weave in ends.

Weave in ends and block your mittens.

I would be happy to see your version! You can share it with me on Instagram by tagging me @knitgrammer or leaving a review with an image below.

There are no reviews yet.

Be the first to review “Lumi colorwork mittens” Cancel reply 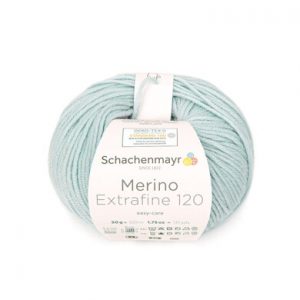 How to Select a Baby Safe Yarn: Complete Guide 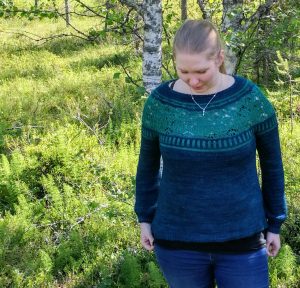 Best Yarn for Sweaters –  A Complete Guide for Yarn Selection (2022) 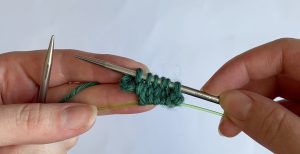 The Easiest Way to Cast on Toe-Up Socks